On the 19th of March 2012 I tentatively started this blog with a post about the word literally not really expecting much f  reaction. One year, 41 posts 120 comments and 2,400 hits later (mostly from Swedish spam bots) and  I'm constantly surprised and incredibly grateful for the overwhelmingly positive reaction this blog has received. I want to take the opportunity to talk about why I set up EBEFL. Firstly I should say that I'm massively influenced by Ben Goldacre, and if you haven't read his blog or his book, "bad science" then I can't recommend it highly enough. Recently, he's been writing about evidence in education and it's well worth a read.

Life is short. The older I get the more I realize time is running out at a breath-taking pace.  A common theme in my life is investing effort into something which turns out, in the end to be a waste of time.  An example of this is martial arts.  I always loved martial arts and did them since I was a kid. I used to love martial arts movies like (based on a true story!) "bloodsport". Finally when I moved to Japan I had the chance to do the “real” thing and took up a jiu-jitsu class.  Every week I went along and practised, and eventually got my black-belt.  My family were in awe, thinking I was some kind of dangerous killer. This was complete tosh and a strong gust of wind could have probably knocked me over, but the idea that I was an "expert" was enough to convince them and I certainly wasn't about to deny it. I had almost completely convinced myself that this bit of coloured fabric had some actual meaning. It didn't.


The problem was that the martial art, like many martial arts was misguided.  It had a fixed method and it bent reality to fit with that. For example, if someone grabs your arm like X, then you twist it like so and hey-presto! Or if someone, punches you like Y, then you side-step and perform some killer move on them.  Of course, in truth, and if you ever see a real violent confrontation, no one will ever grab you like X or try to punch you like Y. By and large fights are messy affairs, and if someone is intent on doing you harm, they’ll probably do it, before you know what’s happened. People don't hold knives out as they approach, nor do they telegraph punches. (incidentally, I recently found out that the true story bloodsport was based on was complete tosh.)

Martial arts may seem unrelated to TEFL but exactly the same problems exist. Experts are made with qualifications (DELTA black belts!) and are often believed unquestioningly. Techniques and methods are designed and then reality is forced to fit them. In TEFL, like in martial arts (and in health care, public policy, science and pretty much any aspect of human life) a healthy dose of scepticism will almost certainly end up leaving us all better off.

When we buy a used car, if we are the least bit wise we will exert some residual skeptical powers -- whatever our education has left to us. You could say, "Here's an honest-looking fellow. I'll just take whatever he offers me." Or you might say, "Well, I've heard that occasionally there are small deceptions involved in the sale of a used car, perhaps inadvertent on the part of the salesperson," and then you do something. You kick the tires, you open the doors, you look under the hood. (You might go through the motions even if you don't know what is supposed to be under the hood, or you might bring a mechanically inclined friend.) You know that some skepticism is required, and you understand why. It's upsetting that you might have to disagree with the used-car salesman or ask him questions that he is reluctant to answer. There is at least a small degree of interpersonal confrontation involved in the purchase of a used car and nobody claims it is especially pleasant. But there is a good reason for it -- because if you don't exercise some minimal skepticism, if you have an absolutely untrammeled credulity, there is probably some price you will have to pay later. Then you'll wish you had made a small investment of skepticism early.(read more of this excellent piece here)

So we can be sceptical but often little tricks in our brains stop us from kicking the tires. The most powerful are perhaps confirmation bias and argument from authority. People can be fooled by "experts" or can fool themselves because they really want to believe their new method is producing great results. This self-deception is often the hardest to overcome. Scepticism is not just for debunking those things you think are wrong, it is far more important for challenging  -those things you're sure about.

When people read this blog and come across something lacking evidence which they believe in, they usually all have a similar reaction. They tend to shrug and say either  “well, evidence or not, I still believe this is useful and I'm going to continue to use it.” Or “well teaching isn’t science –it’s art!” or something like that. When people see something they think works cognitive dissonance kicks in and the rationalisations start. "I'm a good teacher so what I do in class must be good" or the more common one I encounter "well sure this method might not work but I'm going to keep doing it because students like it/I have no alternative/it's good for tests etc etc.

I hope that this blog will be a home for critical thinking. I hope it will stop teachers and students wasting time and money on things which don't or can't work. I hope it will challenge authority and more than anything get people thinking. If you don't agree with what I write that's fine, but at least think about what you're doing and don't just accept what your CELTA tutor, the British council or a famous good-looking tanned, TEFL expert tells you. But also don't believe yourself either and certainly don't take my word for anything. Ask to see the evidence and if there isn't any, why not try to make some? 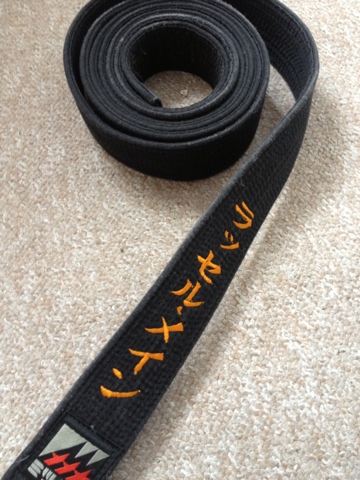